Albert Kahn’s ‘Les Archives de la Planète’ (The Archive of the Planet) was a monumentally ambitious project: to produce the first color photographic record of human life on earth. In 1909, this French philanthropist was introduced to the Lumière brothers autochrome technique which was the first portable colour technique. The bright hues, in most of images, render subjects towards a more intimate accessibility. To access archival data in this perfectly preserved form connects in a fundamental way with Liz’s own research. It surrounds the idea that the objective of a photograph in South Asia ponders an evolving interplay between its fragile and fugitive existence. In opposition to her European place of birth, the tropical humidity of the place of Liz’s ethnic origin, leads especially the object of a colour photograph, into a painful slow and unstoppable deterioration process until it vanishes completely; as though it had never existed. This process inverts and diverts what is known to be the general conception of the understanding of the photographic object, the possession of temporality and leads to one of the core questions in preservation. The sitters of Albert Kahn’s ‘Archive of the Planet’ not only unfold their individual narratives within the space, it is more the critical examination of the ambiguous archival and visual anthropological data we source our presence from. 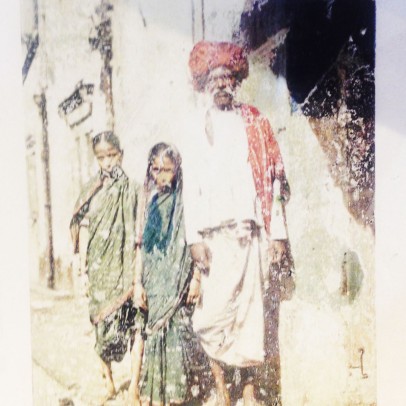 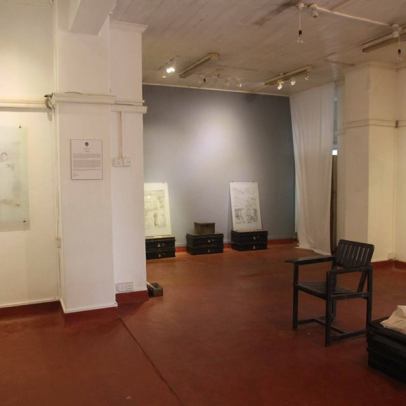 When lovers leave, nothing but light is left behind. Yearning bodies unfold between these naked walls, drowning the space with memories and filling the air with a breathless touch of intimacy. And yet, even their absence is so powerful that their presence remains within me.
The Imprint of Lovers is a personal reflection on the perception of sexuality in a South Asian context. This piece of work looks into the understanding of intimate emotions of young lovers, who are often faced with no choice but to meet in an extremely impersonal space, specifically a budget hotel room that can be rented by the hour. The thought is not unheard of, and lovers are well aware of it as they even risk the possibility of arbitrary police raids.
Intimacy is not intimate unless the setting has been made to be so, and the concept, when explored in a contemporary yet conservative South Asian environment, tells the story of an unbearable dramatic and melancholic catharsis that culminates in me in a destructive longing to have a presence. 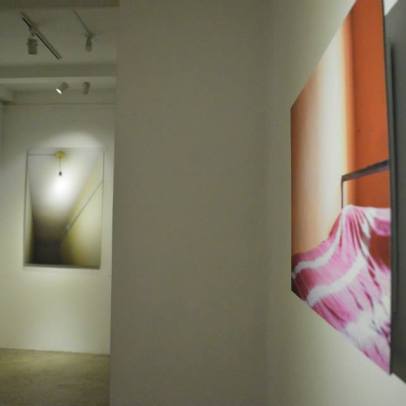 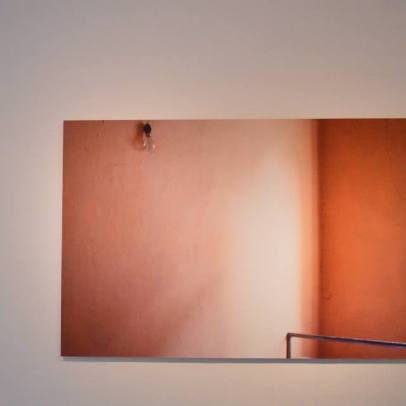 This is a work about a journey—a journey to a place where the objective of a photograph ponders an evolving interplay between its fragile and fugitive existence. At a personal as well as academic level, my own research into the role of photography in South Asia highlights the different meanings that photography, inhabits, often dealing with the notions of memory wherein the personal archive inhabits a fundamental space, both aesthetically and practically within non-western cultures.
Sri Lanka’s Trincomalee became synonymous with the war-ravaged northern region. In contrast, my father’s stories are not nostalgic ruminations on its political history but naïve and beautiful little conversational episodes between a Tamil girl and a Sinhalese boy, describing a childhood lived in innocence free from existing social restrictions. It is a visual journey to a forgotten past preserved in my mind’s eye through precious oral histories relayed by my father. Though they are at times ambiguous and ungraspable I have tried to formulate them into touchable and palpable pictorial narratives.
Relying on images, the writing is based on the idea of the interweaving of father/daughter memories separated into sections embedded within the descriptions of the actual journey. The juxtaposition of memory and the different stages of the journey give an idea of the reasons for the journey.
Because of the interest in approaching the medium of photography through the practice of writing it is written in a filmic style in order to let the reader participate in my experience, imagining the scene instead of enforcing visuals through the photographs. 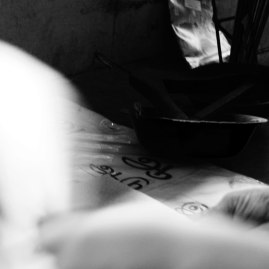 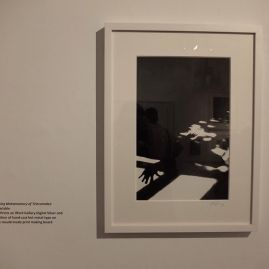 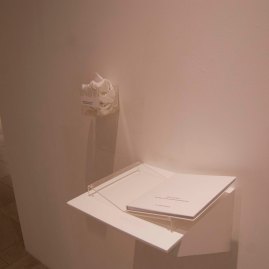 The Rio cinema was Sri Lanka’s first 70mm TODD-AO cinema since it was the founders dream, A. Navaratnam to bring a highly sophisticated film experience to Sri Lanka.The 7-storey hotel complex was opened in 1979 and just four years after it’s opening , the Rio Hotel was looted and partially destroyed by mobs during the Black July Riots of 1983.The founder never recovered from the loss and passed away few years later in the exile in Australia.Same as this historical date, the Rio Complex in the midst of the bustling city remained as a living ruin and a time capsule mirroring the violent past to the citys’ conciousness.

Employing the theory of optics and continuing my interest in traversing with the lens across private spaces, the erstwhile hotel room of Rio complex into a camera obscura installation.The wider surroundings beyond the room’s charred intimacy are thereby captured as inverted pools reflecting upon the rapidly altering city view and the repressed memories of Black July riots. The configuration is the role of memory as a ‘living document in the present.